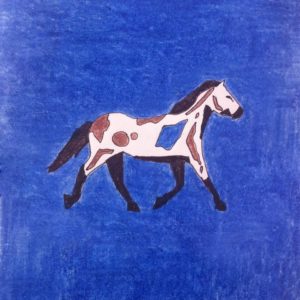 “Dança Imaginal®  espaço de imaginaçao corpórea” is an artistic and choreographic research based in Lisbon. The idea of this project was born from the desire to build a space and time in which people can Imagine. Dance and movement, in this method, ease the imaginative work and the body becomes the place and simultaneously the instrument of access to that Beauty that, as the philosopher Heraclitus said, “loves to hide”.

The lab proposes an original synthesis inspired by different methods: Authentic Movement, Fux creative method and De Vera D’Aragona symbolic method. Each session starts with some warm up exercises, physical preparation and corporal manipulation. Each class is different and mostly dedicated to improvisation following an explorative path of expressive potentialities. Various creative stimuli, objects, paint, images and sensory experiences, open the imagination of the individual and the collective body.

“I do not mean that dreaming is a bridge, but rather that there is an operation we call imagination, which makes the heroic ego a more subtle body and capable of becoming a free soul” James Hillman 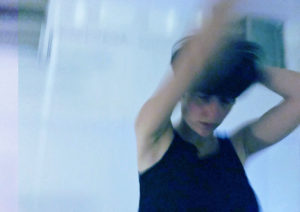 Maddalena Ugolini, dancer, choreographer, founder and teacher of Dança Imaginal®.  She was born in Florence in 1986. She started with ballet when she was three years old and later she met dance theatre and contemporary dance. After graduating in Clinical Psychology at the University of Florence, in 2010 she moved to the United States where she lived for two years, practicing dance and photography, with exhibitions in NYC and Los Angeles. In 2012, she enrolled in a four-year master’s degree at the Centro Toscano of Art and Dance-movement Therapy, where shespecialised in the “Authentic Movement” method and mastered in 2017 with her thesis about Body Imagination.  In January 2013, she met Deborah Lamantia and she deepened her choreographic research, dancing in her company “Brick”. In 2017 she moved to Lisbon, where founded her project of “Dança Imaginal ~espaço de imaginaçao corpórea”.  In September 2018 she was selected  for the Advanced Program of Creation in Performing Arts (PACAP) at Forum Dança curated by Sofia Dias & Vítor Roriz. In March, 2018 she presented her project at Festival Cumplicidade,  International Contemporary Dance Festival of Lisboa. Her last work Corpo Azul was presented in November 2019 at InShadow Festival, Lisbon and in January 2020 at Galeria Vera Cortês, Lisbon. 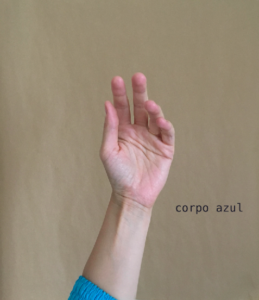 “When myths say Gods have blue hair or blue bodies, they have. The Gods live in a blue place of metaphor”

Corpo Azul is a living installation that invites the public to interact and play with a gesture that turns into a breathing matter, an organism that imagines. 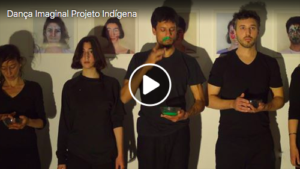 The creation “Indigena” is inspired by the creative material which has been collec­ted during the last year in a series of individual intensive sessions. The artist documented the deep imaginations of twenty participants by making portraits and pictures of their dance improvisations and recording their stories with audio ar­chives. During these private classes, Maddalena Ugolini blindfolded the participants and invited their imagination into a creative scenery: enter a big house composed of four rooms, each a world strong with a colour, then embody and dance the ima­ges that come up in each world. After taking off the blindfold they were asked to paint the journey on their faces, using them as their travel diaries, an open window to the colours of their deep fantasies.

“Indígena” is an initiation, a rite of passage, an act of self manifestation.